At the dawn of the 2020s, the public health issue of substance misuse was sidetracked by the ongoing COVID-19 pandemic. However, check-ins at Dallas substance rehab facilities remained steady, even as the coronavirus forced some temporary closures and complicated the delivery of crucial services.

Over a year in, it’s clear that substance misuse did not go away, even as fewer people left their homes. Below we’ll look into current substance use issues in the North Texas area. To learn more or to find a rehab center for yourself or a loved one, please get in touch with our team at Dallas Drug Treatment Centers.

Cannabis and alcohol, while still prohibited — and widely misused — are in some ways, old hat in the region. Comparatively more dangerous substances such as methamphetamines, cocaine, MDMA, bath salts, and opioids are becoming more of a concern among both the public and local authorities.

Somewhat ironically, while North Texas is a hotbed of opposition to drug and alcohol use, the region is also a major international narcotics transshipment point. While the pandemic has quieted things down a bit, the flow of drugs is likely to resume as life goes back to normal throughout the state.

While most of these drugs are sent on to more lucrative markets throughout the rest of North America, the Dallas-Fort Worth area is also a destination in its own right, partly because of the convenience of the location for transnational criminal gangs.

Which drugs are the biggest problem in North Texas?

Of all the substances that make their way through North Texas today, opioids are proving to be the biggest current threat. Drug-related emergency room visits and rehab check-ins in North Texas are overwhelmingly dominated by opioids.

Of the many different opioids that have become more widely misused in the area, fentanyl, in particular, is often singled out as the biggest problem. With a potency that even rivals that of heroin, the low price, high purity, and high availability of the fentanyl making its way to North Texas has become a major cause of concern for authorities and public health professionals.

After opioids, alcohol is the next biggest reason for rehab and ER visits in North Texas. Alcohol consumption, long on the decline throughout America, received a massive boost during the pandemic, as many people used alcohol to deal with anxiety and escape the boredom of lockdown.

Unfortunately, alcohol was already the most misused drug in North Texas and throughout the United States, even before the pandemic. If the increased consumption of alcohol holds after the end of the pandemic, we may only begin to see the true cumulative effect on public health after a few decades.

Combined drug use is another growing issue that even substance treatment experts are having difficulty with. Many popular recreational drugs have unpredictable synergistic effects. For example, opioids, alcohol, and benzodiazepines are a major cause of drug-related deaths throughout America. When any of these substances are taken together, breathing can be suppressed to the point of asphyxiation.

Given the apparent failure of the decades-long war on drugs, many academics and policymakers are now calling for a reexamining of the fundamental premise behind drug prohibition. While the drug problem is not as acute in the state as it is elsewhere, the relatively draconian Texas drug laws have not seemed to be giving the desired results.

Texans, particularly those in and around the panhandle, have long been one of the most staunch supporters of drug prohibition in America. Perhaps as a legacy of the region’s role as a center of prohibition, many in North Texas still strongly oppose wider drug and alcohol legalization.

In the late 19th and early 20th century, the alcohol prohibition movement counted North Texas as a major stronghold. By 1920, the local prohibition movement was so strong, it has successfully lobbied for the closure of the majority of saloons in the state. Notably, Texas also become the second state, after California, to ban the cultivation, possession, and use of cannabis.

As a testament to this history of prohibition, a large number of counties in the region remain “dry”. The area is also one of America’s last holdouts against marijuana legalization. Even with about two-thirds of Texans supporting the unrestricted use of cannabis, the North Texas counties outside of Dallas-Fort Worth remain a hotbed of opposition.

While wider federal-level legalization might be inevitable, chances are the political activism against drugs and alcohol in the region will delay things, not just for Texas but the entire country as well.

A growing number of US states have already legalized or have decriminalized cannabis, while many others are preparing to do so. Some state legislators are even considering decriminalizing the use of other still-illicit substances, such as methamphetamines and cocaine. For better or worse, Texas is probably going to be one of the last states to fully legalize cannabis and other drugs.

Opioids are now the biggest substance use issue in North Texas, followed by alcohol. Other substances, such as methamphetamines and designer drugs are also rapidly growing in popularity, possibly due to the cyclical nature of substance epidemics, where stimulants tend to rise in popularity following a depressant problem, as we are facing now with street opioids and prescription drugs.

Cannabis may also very well become legal on a federal level over the next decade. However, we can expect stiff opposition locally, due to long-held but diminishing attitudes towards cannabis use.

Meanwhile, North Texas’s role as a drug transshipment point is not likely to go away soon, given the region’s geography and the constant innovation by criminal gangs in smuggling illicit substances.

Legal or illegal, relatively high rates of substance misuse are likely to continue in the background. Fundamentally, the only thing that might change is the specific substances involved 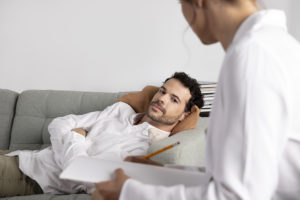 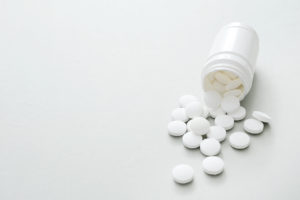 Does Medicaid Cover Rehab in Texas? 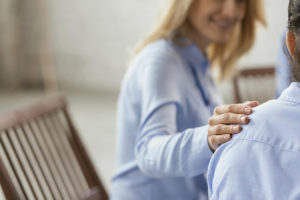 4 Reasons Why You Should Continue Counseling and Therapy After Rehab

While completing rehab is a major life milestone, your recovery journey has only just begun. For many people recovering from substance use disorder (SUD), maintaining sobriety

How to Choose the Best Texas Rehab

It’s not easy to find the right rehab for yourself or a loved one. You want one that checks all the boxes. The good news? Learning