What You Should Know About Ketamine

The sugar lies on the black background

When it was first introduced as a pain reliever back in the 1960s, ketamine was considered to be safer than the earlier generation drugs it replaced. However, it soon became clear that ketamine, while useful in a variety of situations, had a strong potential for misuse.

Here we’ll explore some of the things everyone should know about this substance. If you think that you or someone close to you has a problem with ketamine or other substances, you can call Dallas Drug Treatment Centers to discuss your options.

Ketamine (street names, “Special K”, “Ket”, “horse tranquilizer” etc.) is a sedative and anesthetic first developed in 1962 as a replacement for the older generation anesthetic phencyclidine, better known as “PCP” or “Angel Dust”.1

PCP was itself developed as a less-addictive alternative to opioid drugs like morphine. While effective, it soon became clear that PCP was also highly habit-forming, which led to chemists developing ketamine as a substitute.

Ketamine became widely used in European hospitals shortly after it hit the market in 1963. It would not be widely used by American clinicians until it became FDA-approved in 1970, at the height of the Vietnam War. Ketamine came to be widely used as an anesthetic on combat veterans of that conflict. From this use, it soon became clear that ketamine also had unexpected psychoactive properties, showing potential for treating depression and trauma.

As the habit-forming qualities of ketamine became known, it became less often used as an anesthetic. Today, prescribed doses of ketamine are typically much lower than those given out in the 1970s.

While ketamine’s potential for misuse has been known for decades, it was only in 1999 when it finally became a DEA Schedule III non-narcotic controlled substance. According to the DEA, ketamine and other substances in this schedule “may lead to moderate or low physical dependence or high psychological dependence”.2

How Do People Misuse Ketamine?

In medical settings, ketamine can be administered intravenously, intramuscularly, or orally. People misusing the drug might also smoke or snort ketamine powder to bring a faster onset.3 A lot of ketamine consumed illicitly is intended for veterinary use, particularly for large animals like horses. This often means that users of veterinary ketamine may consume dangerously high concentrations of the drug.

What Are The Effects of Ketamine?

Ketamine is associated with a wide number of effects. Immediate physical and mental effects include but are not limited to the following:4

Long-term ketamine use is associated with the following effects:

How Ketamine May Help SUD

In the years following the FDA’s restrictions on ketamine use, several researchers have found that the drug may potentially help recovery from SUD and other mental health disorders.

One exciting study from Florida State University even found that ketamine had a direct positive impact on people with alcohol use disorder (AUD).5 Other studies indicate that it may have a positive impact on depression and trauma, conditions that are often comorbid with SUD.6 Another study indicates that better-controlled doses of ketamine may replace opioids in many pain control applications, further reducing the need to use these comparatively more habit-forming drugs in medical settings.7

Notably, these experimental uses of ketamine tend to use lower doses compared to most medical and illicit use cases. If you’re interested in learning about the use of ketamine in these applications, please consult your physician.

Despite its own potential for misuse, a more considerate use of ketamine may become key in treating SUD and associated mental health conditions. It may even prevent the onset of opioid use disorders if it once agains sees wider use as an anesthetic in medical settings.

Of course, this doesn’t mean you should be using ketamine without any medical supervision. It can be extremely habit-forming and its repeated misuse can result in a variety of serious health issues. If you think that you or someone close to you has trouble with ketamine, contact our team at Dallas Drug Treatment Centers to find rehab programs in your area.

Understanding the causes and relative risk factors for stimulant misuse can be an important step in identifying and preventing SUDs. Early identification and treatment can be

Many physicians have what could be described as mixed feelings for benzodiazepines. On one hand, benzodiazepines (or benzos, as they’re often called) are an incredibly effective

Why “Fake Weed” is Especially Risky

“Fake weed”, also called “K2” or “Spice” among countless brand and street names all refer to synthetic cannabis, a class of man-made drugs with similar effects

What Makes Club Drugs So Dangerous?

Though so-called club and party drugs are not especially dangerous compared to substances like opioids, the circumstances in which they tend to be consumed presents some 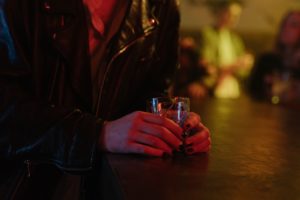 Why Early Drug and Alcohol Intervention is Critical

Interventions for possible substance use disorder (SUD) can happen at any point, regardless of whether it’s newly emergent or advanced. But as with most physiological and