6 Things You Should Know About Cannabis and Pregnancy

In a potentially serious trend, more American women than ever before are taking cannabis during pregnancy, with the rate of use among pregnant women more than doubling in some American states.

For most people, using cannabis during pregnancy is just as bad an idea as using alcohol, tobacco, and habit-forming prescription medication in the same circumstances. While there may be legitimate reasons where medical cannabis could be used to treat pregnancy-related problems, it’s likely the vast majority of prenatal cannabis consumption is self-medication, a practice that is already risky in and of itself.1,2,3

Additionally, much of this use may come down to individuals having preexisting cannabis use disorder, a problem that has become more commonplace with the widespread legalization of the drug and the ever-increasing potency of modern cannabis strains.3

Below are some of the things you should know about cannabis use and pregnancy. Get in touch with our team at Dallas Drug Treatment Centers to learn more about marijuana use during pregnancy as well as treatment options for cannabis use disorder. Be sure to check out this post on marijuana myths.

1.) THC Can Cross The Placental Barrier

Generally speaking, what an expectant mother consumes will eventually make its way to the developing fetus. This is true for the many chemical compounds associated with cannabis’s psychoactive qualities, including tetrahydrocannabinol (THC). THC has been associated with retardation in brain growth in teens and young children and there is reason to suspect that this should also be true for developing fetuses.1,2,3,4,5

Much of the existent data we have on cannabis safety during pregnancy was taken decades ago, during a time when most cannabis plants had relatively low THC content. Starting in the late 1970s and early 1980s, selective breeding has resulted in cannabis strains that have dozens or hundreds the times the amount of THC as naturally-occurring heritage strains. As with any drug, extremely high doses tend to be far less safe than lower doses. Unfortunately, pregnant women who take cannabis today are likely to be consuming a modern, THC-rich strain, which may further endanger their child’s brain development.1,2,3

It remains difficult to construct an ethical, controlled study on cannabis safety during pregnancy because of all the variables involved. Notably, it’s difficult to determine whether the effects on fetuses are from smoking itself or some compound present in the cannabis plant. Additionally, the self-reporting in most studies is especially prone to bias and errors, making the relative risks difficult to ascertain. However, we do know for sure that not consuming marijuana products during pregnancy tends to be safer for the child.1,2,3

4.) Smoking Cannabis While Pregnant is Associated With Lower Birth Weight

One thing researchers are quite sure of is that regular cannabis smokers tend to have babies with lower birth weights. Lower birth weights are associated with lower survival rates, developmental problems, lower IQs, and mental health issues later in life, particularly ADHD.4,5

5.) There May Be a Few Legitimate Uses for Cannabis in Pregnancy

On the whole, there may be some reason to believe that some types of THC-free cannabis products may be beneficial for some mothers. There is some evidence they may help with nausea and mood disorders related to pregnancy. However, this should not be taken as a license to consume cannabis without a prescription. Be sure to ask your physician before consuming cannabis products for any purpose.1

6.) Using Cannabis More than Doubles the Risk of Stillbirth

If survival of the fetus is a priority, expectant mothers should refrain from using cannabis and other drugs altogether. Using cannabis while pregnant can more than double the odds of stillbirths and significantly increases the chances of surviving infants developing serious physical and mental health conditions.4,5

Find Help for Cannabis Use Disorder

Many of the women who continue to use cannabis when pregnant don’t do it specifically to ease nausea or other side effects of pregnancy. Unfortunately, many do it because of cannabis use disorder, a condition where a person compulsively takes cannabis.

If you suspect that you or a close family member has a problem with their cannabis consumption, call a qualified mental health professional immediately. If you’re in North Texas, you can call Dallas Drug Treatment Centers at +1(214) 935-2287 to find treatment options designed for expectant and nursing mothers.

What Are The Benefits of Quitting Alcohol for a Month?

With 2022 just beginning, many people are starting to get into their New Year’s resolutions. Quitting or reducing alcohol consumption is, by far, one of the

Mental resilience, psychological resilience, “mental toughness” — however you want to call it — is usually defined as a person’s ability to remain mentally fit in

Thanks to a better understanding of mental health, we now know much more about anxiety disorders and substance use disorder than we did in previous generations. 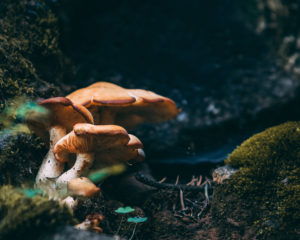 The Risks of Hallucinogen Use

Hallucinogenic drugs are no longer necessarily seen as the societal threat that they were portrayed as in the 1960s and 1970s. However, the unpredictability of their