The recent surge of admissions to emergency rooms and rehab centers in Dallas for opioid withdrawal symptoms is by no means unique and is part of a greater opioid crisis unfolding throughout North America.

After a steady decline in the past, the previous decades have seen more and more Americans misuse prescription opioids, often turning to illicit sources and even harder drugs such as heroin to keep the extremely painful effects of withdrawal at bay. As many of the folks on North Dallas’s “Heroin Hill” might tell you, this progression to a full-blown opioid addiction can be far more common than you expect.

While the wider misuse of opioids is a phenomenon that’s only a few hundred years old, the opium poppy (Papaver somniferum) from which most natural opioids are derived, has for untold millennia been one of the most useful known plants to humans. While it has long been grown for food and ornamental reasons, the painkilling opiate compounds extracted from its seed pods are the main reason for its widespread commercial cultivation.

Today, naturally-derived opiates such as morphine and codeine are considered to be among the most crucial pain management medications. Since these natural opiates have been developed, a class of synthetic and semi-synthetic drugs chemically similar to opiates has since been made available. Today, the term “opioids” is used to refer to compounds that are naturally-derived from opium poppies (such as heroin and morphine), as well as synthetic drugs (including fentanyl and carfentanyl).

Regardless of whether they are natural or synthetic, most opioids have a strong potential for causing a wide number of health problems, as well as the development of substance use disorders (a term in the current DSM-5 that supersedes drug abuse and drug addiction) in regular users.

And while the direct effects of opioids and substance use disorders are bad enough, withdrawal from these drugs without medical supervision can be extremely dangerous.

In this article, we’re going to look at opioid withdrawals including how to identify the signs and where to get help should you or someone you know need it.

Generally speaking, withdrawal symptoms begin after twelve hours without the use of an opioid. These symptoms peak after three days without additional opioid use.

Individuals with an opioid use disorder may find these symptoms so unpleasant that they will continue to take opioids to stave them off rather than to get high. A person that has developed a high tolerance for opioids may also be in danger of fatal withdrawal reactions during this initial phase if they attempt to quit outside of a medically-supervised withdrawal management program.

If you suspect that you or someone you know has an opioid use disorder, it’s important should get in touch with a qualified clinician for full diagnostics. If an individual is diagnosed with an opioid use disorder, in most cases they will need to check into an inpatient program at a certified rehab center. This will allow them to safely “detoxify” their bodies of chemical traces of opioids in a safe and controlled manner.

If you are in the Dallas-Fort Worth-Arlington metro, call (214) 935-2287 to find rehab centers in your area that specialize in opioid use disorders.

As we move on from acute withdrawals, we start moving toward the second stage of opioid withdrawal, which is sometimes referred to as “rebalancing”. This is when the body begins to heal from the effects of the drug and rebalance endorphin levels to move back to a healthy, state. Generally speaking, this stage can last up to two weeks.

Some of the symptoms experienced in this stage include:

While rebalancing is not the most intense stage of withdrawal, it can be drawn out, with  most patients taking weeks to recover. At this point, while their bodies have mostly “detoxified” themselves of harmful opioid traces, they may still feel a strong urge to take their drugs of choice to help them return to a sense of normalcy.

However, as their tolerance may have gone down during the recovery period, they are at a high risk of an overdose if they take the same amount of drugs that they used to before rehab. For this reason, it’s normally recommended that individuals remain in an inpatient program during this phase.

During this period, recovering individuals will receive individual and group counseling as well as therapy to address the root cause of drug-taking behavior and to help modify negative behavioral patterns. Because regular opioid use can interfere with the brain’s reward and pleasure mechanism long after it’s gone from the body, therapy is crucial for giving individuals with opioid use disorders a way of dealing with their cravings.

The home stretch of opioid withdrawal

The third, last, and longest stage of opioid withdrawal can last up to two months. Comparatively speaking, it is the least severe stage, and being at this point improves the individual’s chances at long-term recovery.

This stage’s symptoms include:

These symptoms are largely an indicator of the body’s central nervous system recovering and becoming more active after a long period of being suppressed by opioids, which have a powerful depressant effect. Individuals may be sent home at this stage and may be required, sometimes by law, to attend outpatient groups, 12-step programs, or other activities that can help them focus on sobriety.

During this final stage of withdrawal, recovering individuals must maintain a healthy recovery plan by going to outpatient groups, twelve-step programs, or by simply living a life focused on sobriety. Not taking this final stage seriously can result in a relapse or even an elevated risk of an overdose due to a lowered opioid tolerance.

If you’re in the Dallas area and feel that you’re hooked on opioids, help is just a phone call away. Call (214) 935-2287 today to get in touch with a clinician, find a rehab center in Dallas that specialized in opioid use disorders, or to discuss treatment options and therapy. 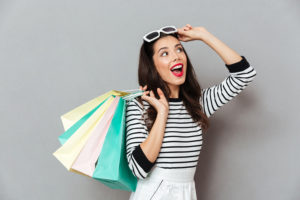 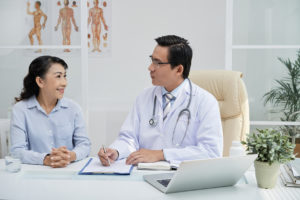 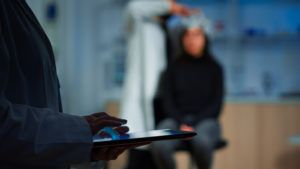 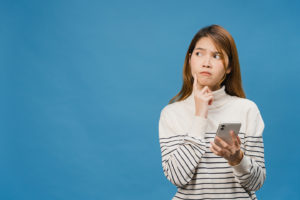